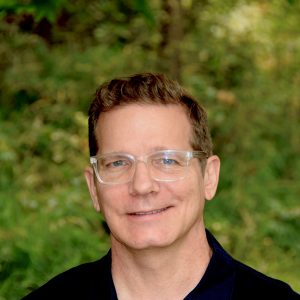 Eric Horsted grew up in the rough and tumble suburbs of Houston, where his passions included sitting near an air conditioner and watching television. Later he attended the University of Texas in Austin, where he focused on filmmaking and minored in watching television. After graduation, he stuffed his belongings in a trash bag and hopped on a freight train bound for Los Angeles. In the years since, he's written and/or helped produce well over 400 episodes of television, including such series as Coach, Home Improvement, Futurama, Reba, The Boondocks, The Simpsons, Disenchantment, Alexa & Katie, Black-ish, and lots of shows that were cancelled so quickly no one remembers them. After many years in Los Angeles, Eric recently hopped on a freight train bound for Spokane, where he now lives with his husband and their three reasonably well-behaved children.