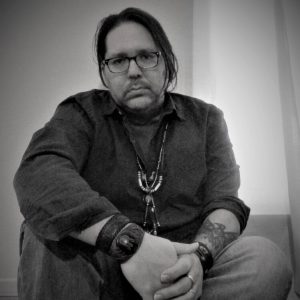 Creating Tension in Fiction: A Craft Class with Brandon Hobson

An Evening with Brandon Hobson and Lesley Nneka Arimah

Dr. Brandon Hobson received his PhD from Oklahoma State University. He is the author of four books, including the recent novel, The Removed. His novel, Where the Dead Sit Talking, was a finalist for the National Book Award, winner of the Reading the West Award, and longlisted for the Dublin Literary Award, among other distinctions. His short stories have won a Pushcart Prize and have appeared in The Best American Short Stories, McSweeney’s, Conjunctions, NOON, American Short Fiction, and elsewhere. He has received fellowships from The UCROSS Foundation and Ragdale, and just this month he received a Guggenheim Fellowship! Hobson teaches creative writing at New Mexico State University and in the MFA program at the Institute of American Indian Arts. He is an enrolled citizen of the Cherokee Nation Tribe of Oklahoma.