The bone resporptive function of osteoclasts and bone formation function of osteoblasts are tightly coupled such that an increase in the activity of one leads to increased activity of the other and vice-versa. In diseases of bone loss such as osteoporosis or osteolytic metastases, osteoclast activity is enhanced with an concurrent increase in osteoblast activity. Osteoblasts, however, work slower than osteoclasts and cannot keep up with the increase in bone resorption, which results in progressive bone loss.  Current therapies that target osteoclasts do so by reducing the number of osteoclasts. Due to coupling, however, these anti-resorptive therapies also reduce the number of bone-forming osteoblasts. This can lead to the phenomenon of “frozen bone” wherein suppressed remodeling allows accumulation of damage that can result in bone destruction. Therapies that can reduce osteoclast activity rather than number may preserve osteoclast-osteoblast communication and prevent the occurrence of “frozen bone.” 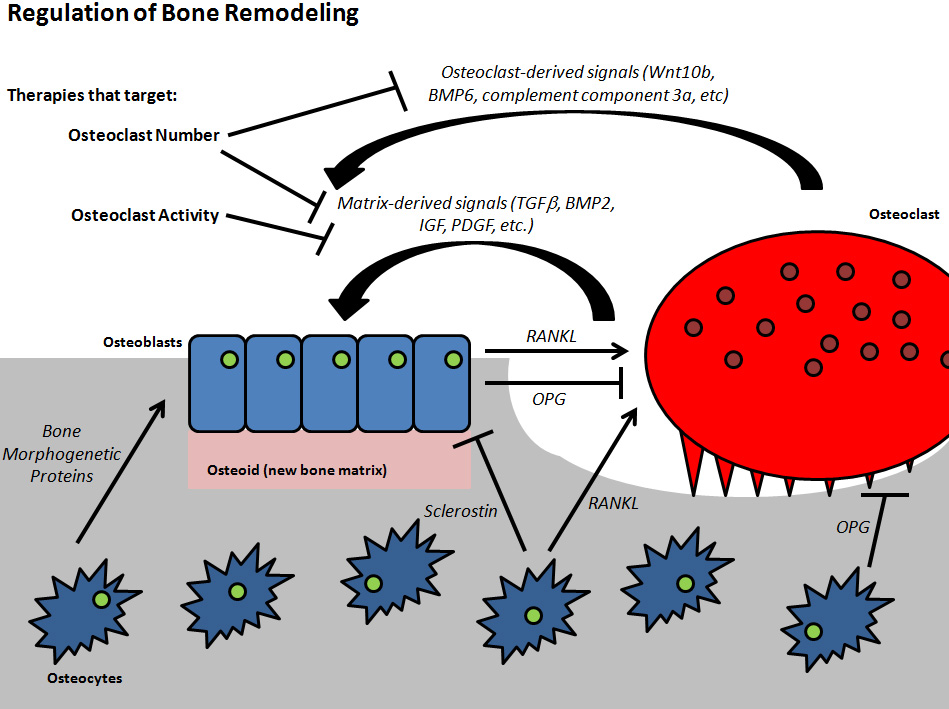 The mammalian homolog of the Drosophila Notch signaling pathway plays multiple indispensable roles in development and homeostasis. It is recognized that Notch signaling plays both cell-autonomous roles in the differentiation of osteoblasts and osteoclasts and roles in the communication between diverse cells within the bone microenvironment. Nevertheless, the molecular mechanisms underlying these functions and how Notch signaling is modulated in the context of bone physiology and disease are not well understood. This program seeks to clarify these mechanisms and identify new opportunities for therapeutic exploitation of Notch signaling in diseases of the skeleton. 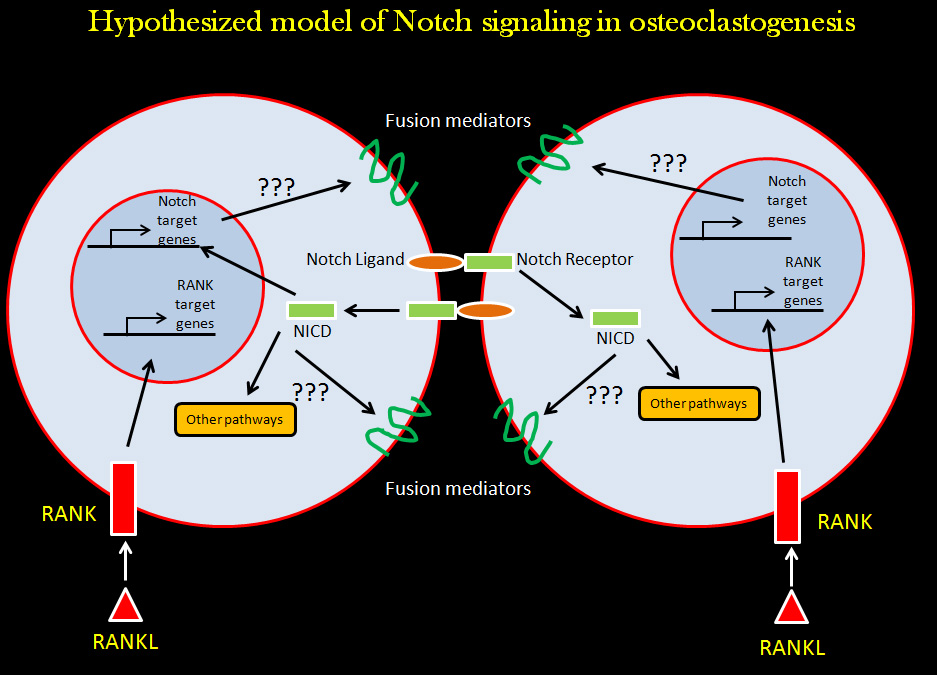