You are here: Home / Archives for playoffs

The Eastern Washington University (EWU) Reserve Officer Training Corps (ROTC) Cadets were out once again supporting the home football team during its quarterfinal game against University of California-Davis (UC-Davis) today at Roos Field.  The two Big Sky Conference foes had played just a month earlier at Roos Field with Eastern winning by a score of 59-20.  This game would prove to me much different. One of the differences was the weather which was much colder than the last time these two teams met.  Throughout the day the temperatures remained below freezing with a thin layer of frost covering everything around the stadium.  Despite the cold conditions the EWU ROTC Cannon Crew was ready to support the home team with our historic World War II era howitzer: 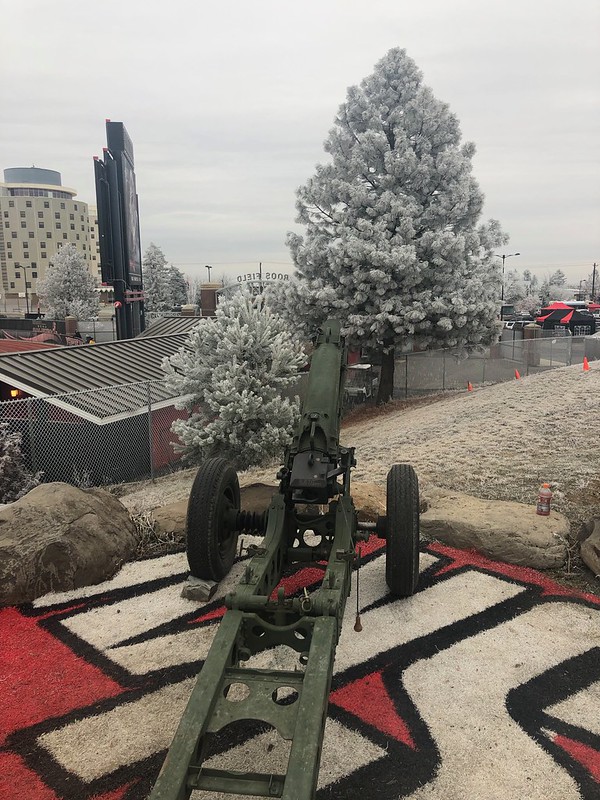 After a quick first touchdown by EWU the first half began to be controlled by UC-Davis by going up 14-7 before EWU made it a 14-14 tie game capped by an incredible defensive stand at the goal line just before halftime. 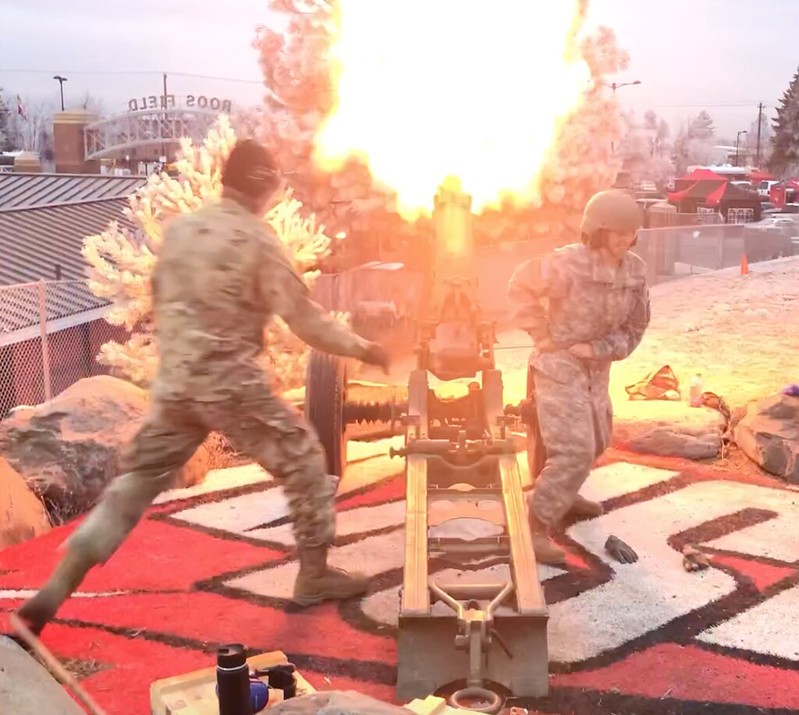 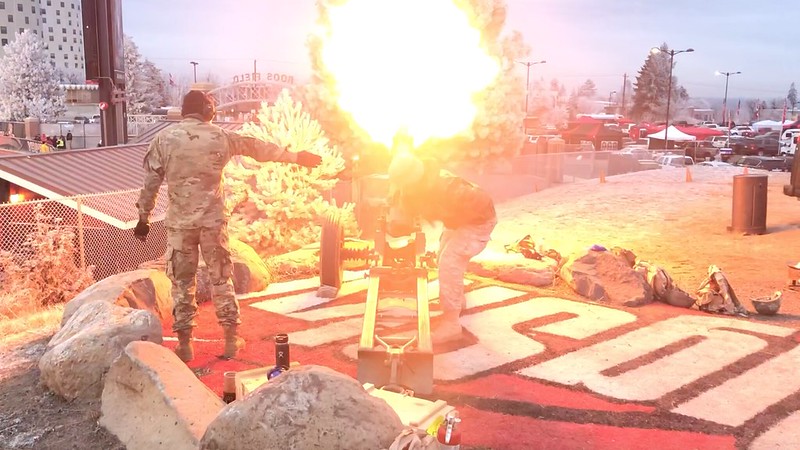 In the second half the sun went down making the temperatures even colder.  However, our Cannon Crew was ready with a small fire to keep warm around: 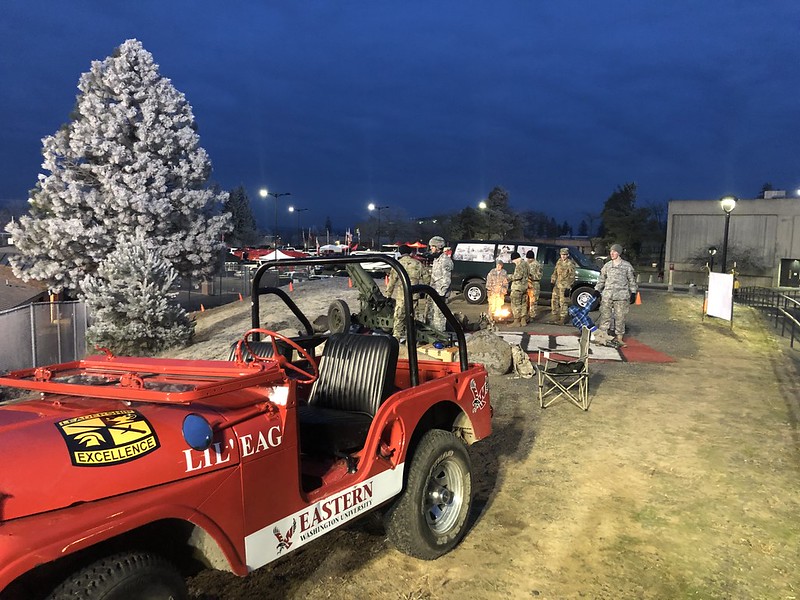 The more the temperatures dropped though the more the game seemed heat up as Eastern and UC-Davis traded touchdowns. 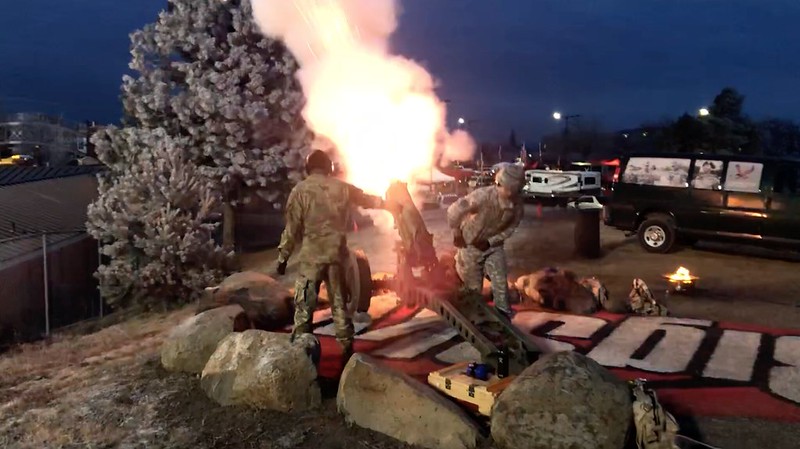 Cadet Beier fires the historic EWU ROTC howitzer after a second half touchdown.

After UC-Davis went up by a score of 29-28 after a successful two point conversion with 1:13 left in the fourth quarter, prospects for the home team were not looking good.  However, the resilient Eagles football team fought back to score a touchdown to win the game with :26 seconds left on the clock by a score of 34-29. 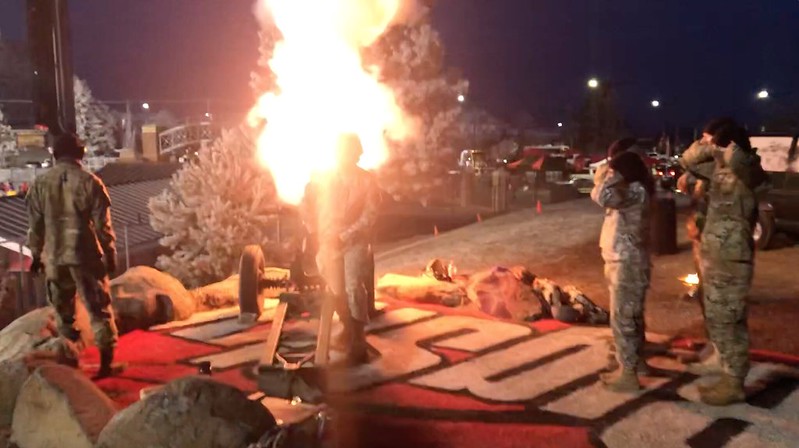 Congratulations to the EWU football team for an incredible win.  The football team will be in action next weekend in the FCS Semifinals against the University of Maine.  Since EWU is the higher ranked seed in the playoffs, they will host the playoff game at Roos Field in what will be the first ever meeting between the two teams.  The EWU Color Guard and Cannon Crew teams will both be at the game supporting the football team.  We look forward to welcoming Maine to Roos Field with the sound of our howitzer.