You are here: Home / Archives for community service 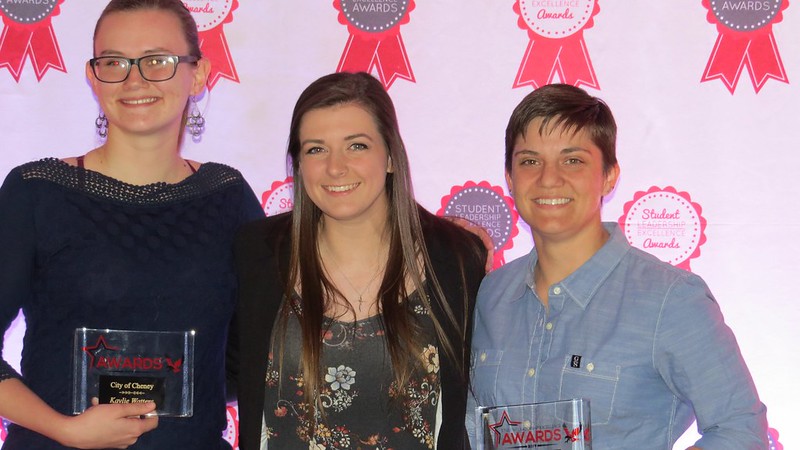 Of our three finalists two of them would go on to win an award.  Cadet Leen was first recognized as the recipient of the Soaring Eagle Individual Service Award.  This award goes to the EWU student who has demonstrated leadership in community service in the local Cheney/Spokane community.  Melinda was highly deserving of this recognition due to her role running the EWU ROTC volunteer program. 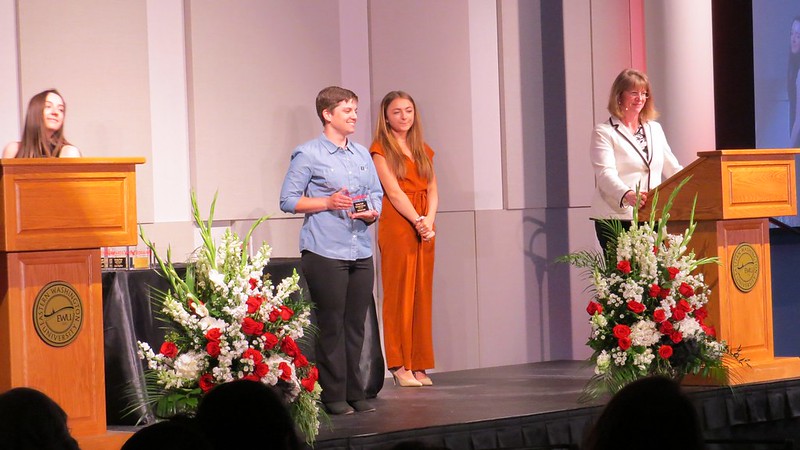 For example she spearheaded the battalion’s involvement in laying wreaths over Christmas on graves at the Washington State Veteran’s Cemetery.  She also led the largest blood drive on campus since 2015 among a host of other volunteer activities she has conducted.  Leen also volunteers as a member of the Washington State Honor Guard. The Honor Guard conducts internment ceremonies for deceased veterans.  Over the past year she has participated in 36 funerals in the Eastern Washington region. 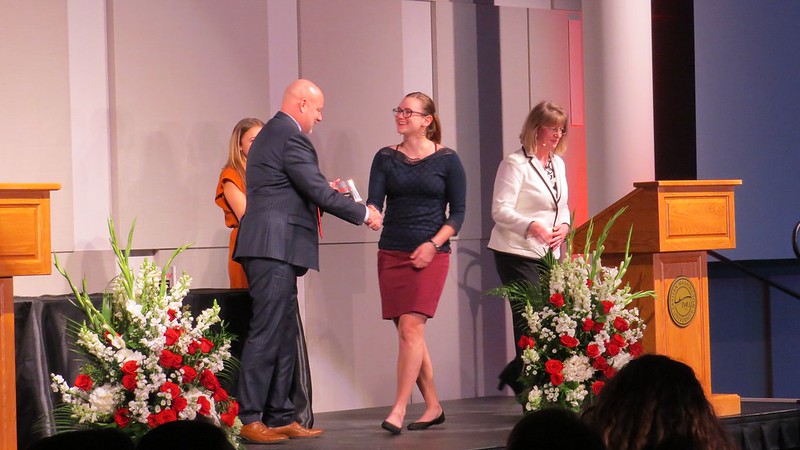 Kaylie Watters was our next Cadet to win an award.  She was recognized as the 2019 City of Cheney Award winner.  The award goes to the student or organization who models good citizenship and participates in community activities and service projects within Cheney. 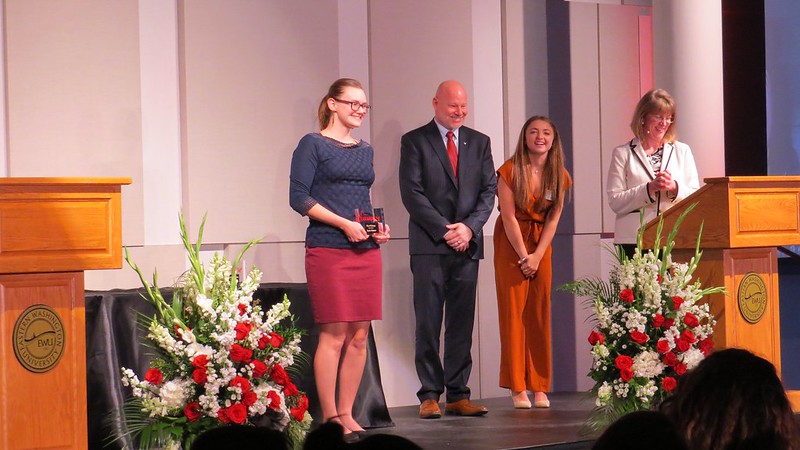 Kaylie Watters is poses with her 2019 City of Cheney Award.

Since 2013 Watters has worked for the Cheney Parks and Recreation department as a lifeguard and swim instructor. As an instructor, she taught dozens of young children living in Cheney the important life skill of knowing how to swim.  Kaylie has also since 2015 served as the Cheney Sharks Swim Team Coach. During the academic year she trains 20 kids on the team for two days every week. During the summer time she trains over 30 kids on the team for five days a week in preparation for regional swim meets.  Watters also participated in the November 2018 Turkey Trot race that Cadet Leen organized ROTC involvement with that helped to collect 300 pounds of food that were donated to the Cheney Food Bank.

Our finalist and two award winners are perfect examples of the leadership and high character of our Fighting Eagles Cadets.  Congratulations to these very deserving and outstanding Cadets.  Go ROTC!  Go Fighting Eags! 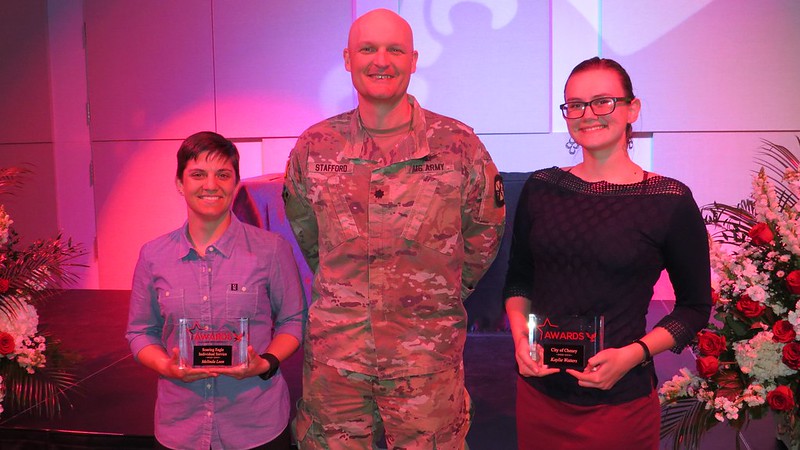 Great job by the Fighting Eagles Cadets that participated in the community service ruck march on April 13, 2019.  The Cadets rucked donated supplies they gathered from downtown Spokane to the Spokane Veterans Home in support of the Travis Manion Foundation and the Inland Empire Rucknuts organizations. 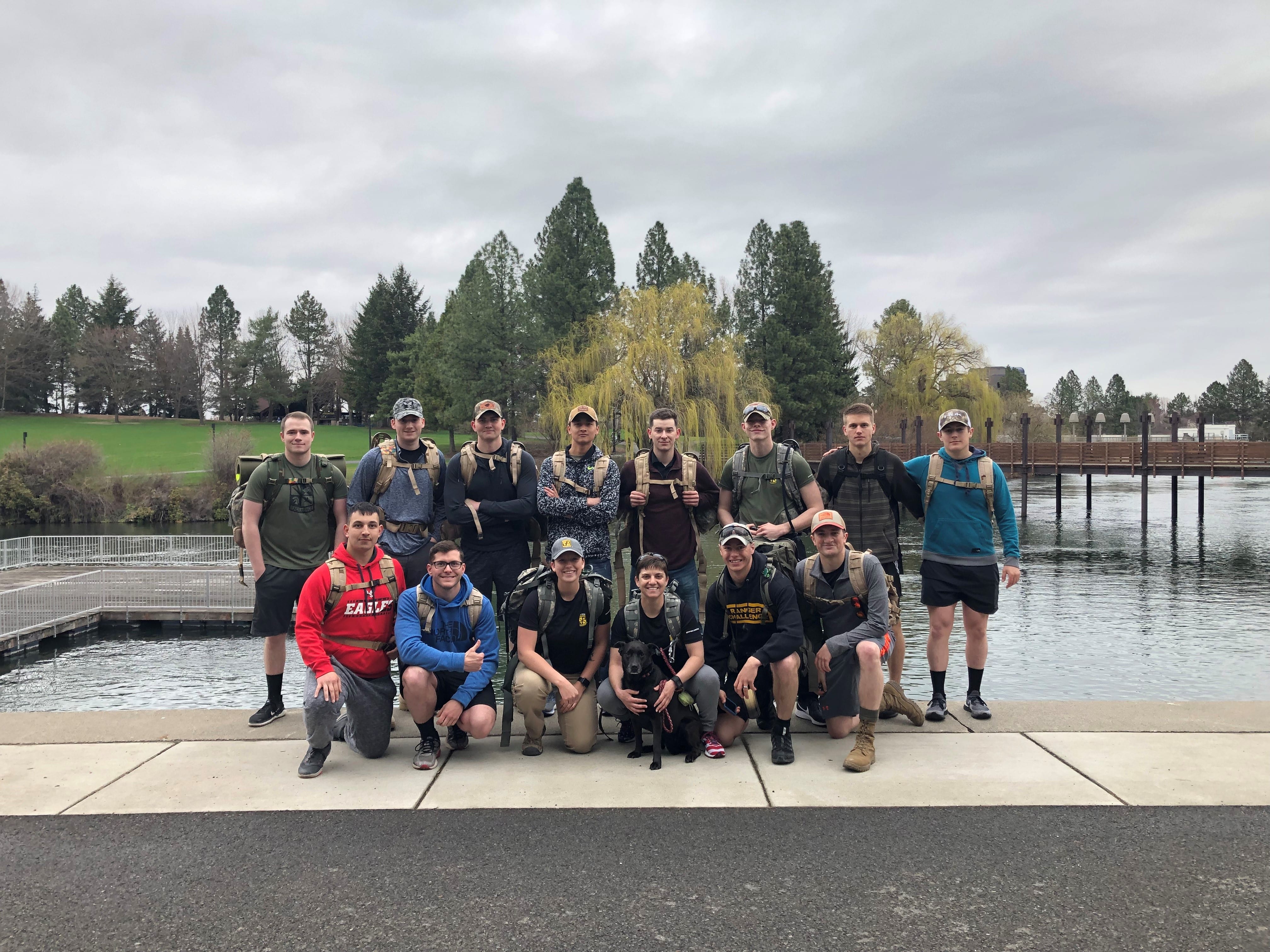