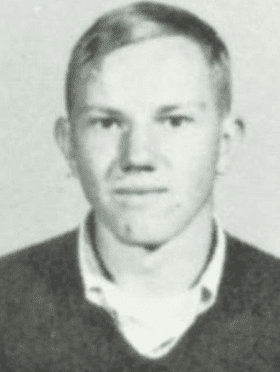 Private First Class Timothy Burchett was from Spokane, Washington and after enrolling into Eastern and participating in ROTC, Timothy decided to enlist into the Army as an infantryman in 1968.  He deployed to Vietnam and was killed in action on June 29, 1969 during an enemy ambush. During the ambush Burchett though heavily wounded provided accurate and devastating fire on the enemy allowing his unit to escape. His heroism was recognized with the posthumous awarding of the Silver Star. PFC Burchett was 20 years old.

The Department of Military Science offers condolences to the family of Private First Class Timothy Burchett and commemorates his service for making the ultimate sacrifice in defense of our great nation.

Note: If any friends or family have any memories they would like to share about Timothy Burchett, please leave a note in the comments section because we would love to learn more about him.