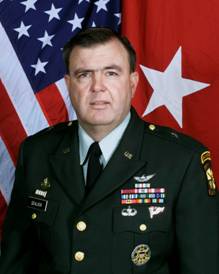 Civilian Aide to the Secretary of the Army (CASA)

Brigadier General Gratton “Neal” Sealock entered the U.S. Army in 1974 upon graduation from Eastern Washington State College (EWSC) now known as Eastern Washington University (EWU).  He was a Distinguished Military Graduate (DMG) from the university’s Reserve Officer Training Corps program and commissioned as a Second Lieutenant into the Infantry.

Upon completion of the Infantry Officer Advanced Course in 1981, BG Sealock was assigned to the Army Aviation Center, Ft. Rucker, Alabama as an attack helicopter instructor pilot and flight commander.  He served as the operations officer for Hanchey Division and assumed command of 64th Company, 6th Battalion in May 1983.

From late 1984 through 1986, BG Sealock studied Mandarin Chinese at the Defense Language Institute, the Ministry of Defence (United Kingdom) Chinse Language School in Hong Kong, and Fudan University in Shanghai, People’s Republic of China through the Army’s Foreign Area Officer program.  He graduated from the Armed Forces Staff College in 1987.

Returning overseas he served as the Executive Officer for 4th Squadron, 7th Cavalry at Camp Garry Owen, Republic of Korea.  Subsequently BG Sealock was assigned to DIA as the China Country Officer in Washington, D.C.  In August 1990 he returned to Hong Kong as the Assistant Army Attach ‘e and Director of the China Foreign Area Officer training program.  From May 1992 through April 1994, BG Sealock commanded the 4th Squadron, 3rd Armored Cavalry Regiment at Ft. Bliss, Texas.

After relinquishing command, BG Sealock spent a year as a National Security Fellow at the Kennedy School of Government, Harvard University in lieu of the Army War College.  Afterwards he was assigned as the China Desk officer and the Northeast Asia Branch Chief, Asia Pacific Division, in the Directorate for Strategy and Policy, J-5 the Joint Staff from June 1995 through May 1997. 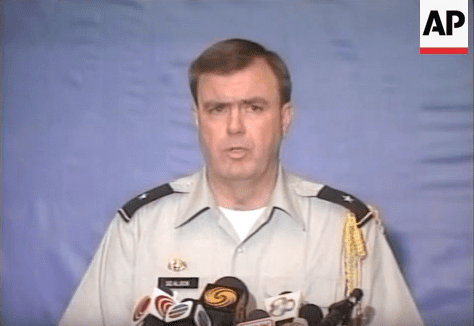 Brigadier General Sealock returned to Ft. Rucker and commanded the 1st Aviation Brigade from June 1997 through June 1999.  He assumed the duties as U.S. Army Attaché, Canberra, Australia in August 1999 as well as being the only accredited U.S. officer to Papua New Guinea, the Soloman Islands, and Vanuatu.  He was assigned as the U.S. Defense Attaché in the People’s Republic of China at the American Embassy in Beijing from September 2000 through August 2002.  It was during this assignment that BG Sealock negotiated for the release of 24 American military crewmen who were detained by China after their plane crash landed on Hainan Island following a collision with a Chinese fighter jet.

Brigadier General Sealock was then assigned as the Deputy Commanding General, U.S. Army Cadet Command, Ft. Monroe, Virginia.  He retired from military service in 2005.  Following retirement he became the Director of the Spokane International Airport from 2005 through 2010.  Brigadier General Sealock currently serves as the Civilian Aide to the Secretary of the Army (CASA) for the Eastern Washington region.  Neal and his wife Donna live in Spokane and have two sons K.C. and Clint. 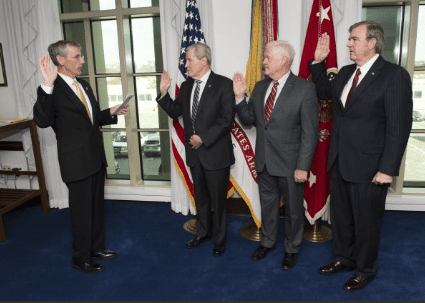 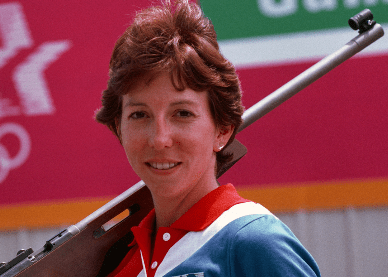 Wanda Jewell graduated from the then named, Eastern Washington State College in 1976 and earned a regular Army commission into the Ordnance branch.  She was part of the first ROTC class that commissioned women into the Army.  Her military assignments include the U.S. Army Marksmanship  Unit, 3rd COSCOM, 7th ARCOM, Individual Ready Reserve, and Small Arms Training Team. 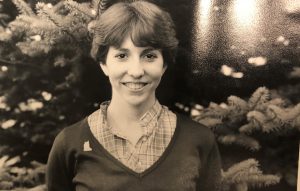 Wanda won a Bronze Medal in women’s small bore standard rifle at the 1984 Olympics in Los Angeles, California.  In 1978 she became the first person – male or female- to win two individual Gold medals at the World Shooting Championships.  In 1974, while at Eastern, she was selected to the National Rifle Association’s Collegiate All-America team after winning a national intercollegiate title in conventional shooting.  She also won numerous medals, including Gold, at the Pan World Championships and three Pan American Games.  A 1976 graduate of Eastern, she was a two-time Inland Empire Female Athlete of the Year in the mid-1970’s.  Her competitive career spanned 24 years, but she also contributed to the sport as a coach and administrator. 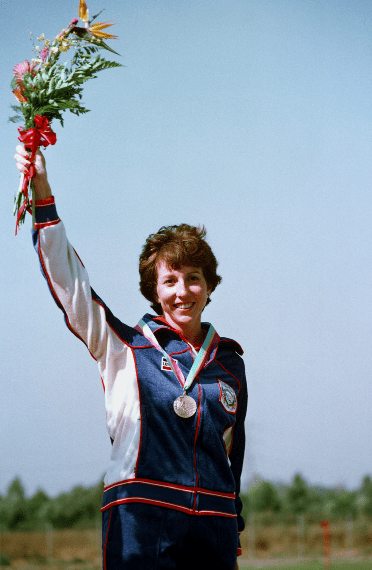 In 2002 Wanda became the Director of Operations for USA Shooting based in Colorado Springs, Colorado.  Prior to that she served as the national rifle coach for U.S.A. Shooting; the first female to coach a national rifle team anywhere in the world.  In 2001 her American rifle athletes won seven World Cup medals, and in 2002 American athletes won two World Cup medals, four Olympic quotas and two World Championships.  In November of 2002 she was selected as U.S.A. Shooting Coach of the Year.   “A big part of success in coaching is providing the right opportunities for the athletes,” Jewell said.   Wanda retired from U.S.A. Shooting in 2008. 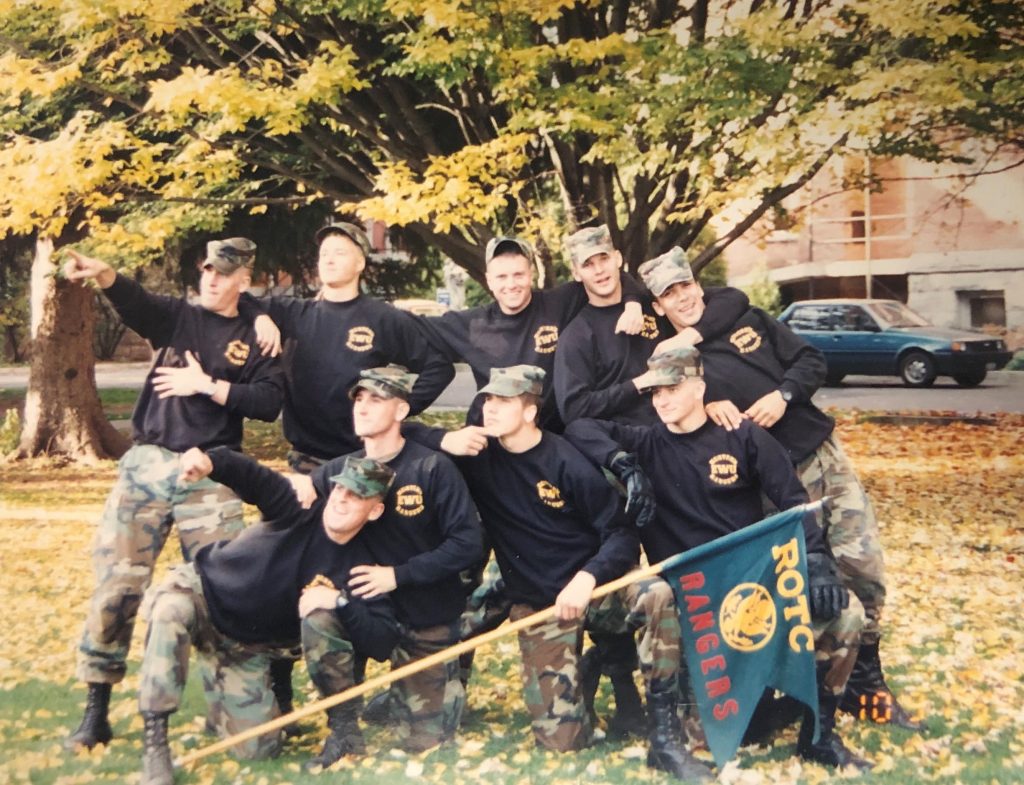 This picture is of the 1993 Eastern Washington University (EWU) Reserve Officer Training Corps (ROTC) battalion’s Ranger Challenge team.  Does any of our Fighting Eagles alumni from the 1990’s recognize any of the Cadets in the picture?

Alumni keep up-to-date on all the latest news and notes from the EWU Army ROTC program by subscribing to our website using the sign up widget in the right sidebar. You can also follow EWU ROTC at the below social media channels:

The Eastern Washington University (EWU), U.S. Army Reserve Officers Training Corps (ROTC) department would like to spotlight one of our Alumni: Colonel (COL) retired (R) Scott W. Hull. COL (R) Hull was inducted into the Ordnance Corps Hall of Fame earlier this year at Fort Lee, Virginia, home of the United States Army Ordnance Corps. He graduated from EWU with a Bachelor’s of Arts degree in Business Administration in 1968, and commissioned from the EWU ROTC program into the U.S. Army as a Second Lieutenant. 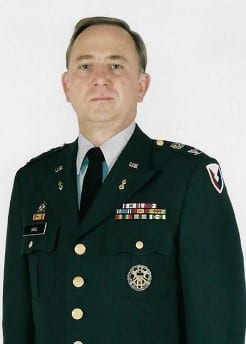 COL (R) Hull initially served as a Mortar Platoon leader in Ansbach, Germany, but then transitioned into the Ordnance Corps. Once he transitioned into the Ordnance branch, he took on several critical roles for the Army, to include being a commanding officer during the Vietnam War in charge of two ammunition supply points in support of combat operations in Phu Bai, Vietnam. Later, as Commander of the Savannah Army depot, his leadership led to increased productivity while suffering a 10% loss of employees. Then during Operation Desert Storm, he was instrumental in the planning and shipment of over 800,000 tons of ammunition to Saudi Arabia. COL (R) Hull finished his career as the Chief of the Munitions Division Army G4, where he managed and directed the U.S. Army’s ammunition and missile stockpiles, valued at over $45 billion.

COL (R) Hull was inducted into the Ordnance Hall of fame for his positive, significant and distinguishable contributions to the U.S. Army Ordnance Corps. He went above and beyond what was asked of him serving as a commissioned officer in the U.S. Army.

Congratulations to COL (R) Hull for the prestigious honor of being inducted into the Ordnance Hall of Fame. 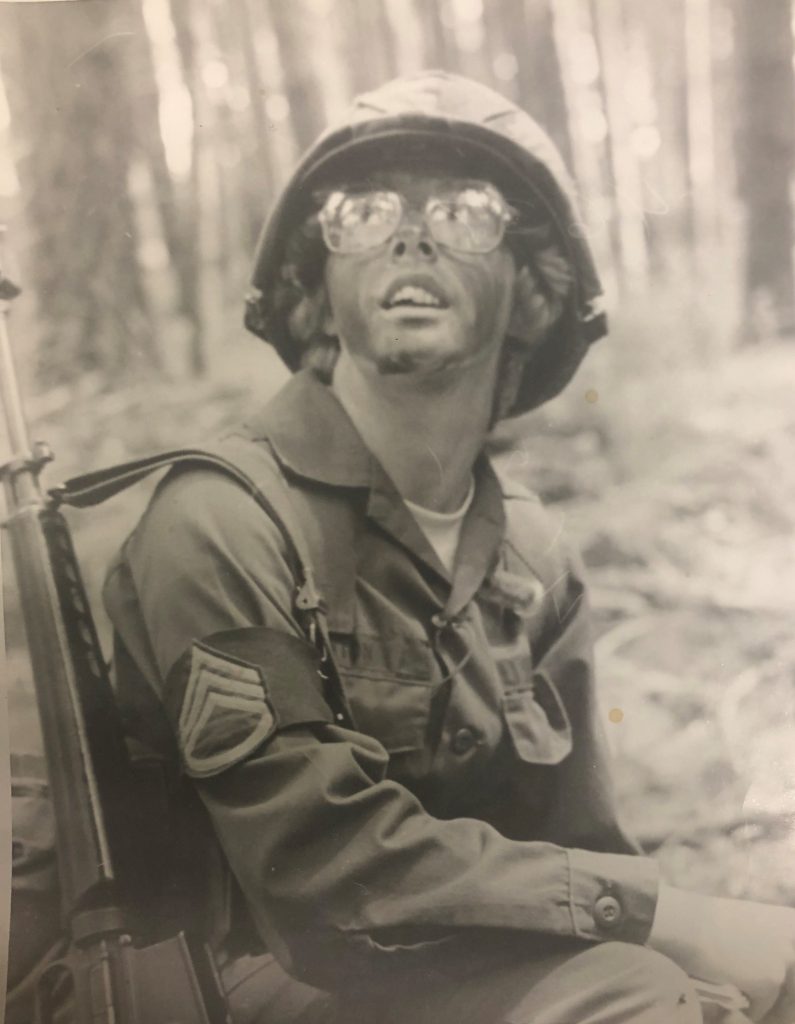 Considering it is now the heart of Advanced Camp season for ROTC battalions across the country, I decided this week to share a picture of an Eastern Washington University (EWU) Reserve Officer Training Corps (ROTC) Cadet attending Advanced Camp back in 1977.  Back then EWU was called Eastern Washington State College (EWSC).  Here is what is written on the back of the picture:

If anyone remembers Cadet Dutton please leave a comment and let us know about what you remember about one of our Fighting Eagles alumni. 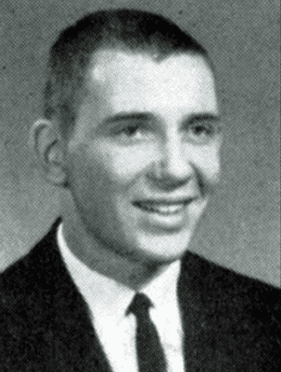 Randy Turner graduated from Eastern in 1968 and commissioned into the Army’s Adjutant General Corps. He deployed the following year to Vietnam and was killed in action on September 25, 1969. He was posthumously recognized with the Silver Star. After his death Randy left behind a wife and a daughter. He was 25 years old.

Randy during his time at Eastern was a founding member of the Pi Kappa Alpha fraternity. In remembrance of Randy, his fraternity established the annual Randy Van Turner ROTC Scholarship.

The Department of Military Science offers condolences to the family of First Lieutenant Randy Turner and commemorates his service for making the ultimate sacrifice in defense of our great nation.

Note: If any friends or family have any memories they would like to share about Randy Turner, please leave a note in the comments section because we would love to learn more about him. 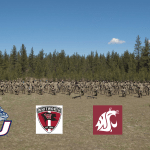