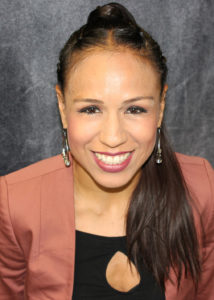 Dr. Gina Ann Garcia is an assistant professor in the Department of Administrative and Policy Studies at the University of Pittsburgh, where she teaches masters and doctoral students pursuing degrees in higher education and student affairs. Her research centers on issues of equity and diversity in higher education with an emphasis on three core areas: Hispanic Serving Institutions (HSIs; postsecondary institutions that enroll at least 25% Latinx undergraduate students), Latinx college students, and race and racism in higher education.

Dr. Garcia has made numerous presentations at national conferences, including the American Educational Research Association (AERA), Association for the Study of Higher Education (ASHE), and ACPA College Student Educators International, and co-authored multiple publications in top journals including American Educational Research Journal, The Review of Higher Education, and Journal of Diversity in Higher Education. She is the principal investigator for the Midwest HSI Study, partially funded by Penn’s Center for Minority Serving Institutions and supported by postdoctoral fellowships from the Ford Foundation and a National Academy of Education/Spencer postdoctoral fellowship.

Dr. Garcia graduated from California State University, Northridge with a bachelor’s degree in marketing and the University of Maryland, College Park with a master’s degree in college student personnel. She was a STEM retention coordinator at California State University, Fullerton, funded by a Department of Education Title V grant for developing HSIs. She also held a position funded by a National Science Foundation grant, working with community college transfer students who wanted to major in science and math. She graduated from University of California, Los Angeles with a Ph.D in higher education and organizational change, where she worked with Dr. Sylvia Hurtado at the Higher Education Research Institute.

Rodolfo Arévalo, PhD, was named the 25th president of Eastern Washington University Jan. 9, 2006; he was the first Latino President at a four-year college or university in the state of Washington. He began his tenure April 1, 2006, and was formally invested by the university April 19, 2007; concluding his term at EWU in December 2014 after announcing his retirement earlier that year.

Dr. Arévalo will share his personal experiences in setting goals and moving through higher education institutions. He will describe the differences in white universities and Hispanic serving universities since he has worked in both.

In 2015, the Eastern Washington University board of trustees unanimously voted to name Rodolfo Arévalo EWU President Emeritus. He is the fifth EWU president to be given emeritus status, which is typically awarded upon retirement to recognize honorable service to a university. Upon his arrival at EWU, Arévalo stressed that fostering a growth in a diverse student body at the university would be a paramount personal goal. His commitment to that goal has resulted in Eastern’s ethnic student diversity increasing from 14.9 percent when he arrived to more than 25 percent the year he departed. Additionally, Eastern typically has the highest total percentage of Latino students of any public university in the state. Arévalo was also very passionate about providing opportunities for EWU students to study abroad and for the university to host students from different countries and cultures. He made trips to Mexico, Japan, China and other countries in Asia to develop and formalize articulation and transfer agreements with foreign universities.

During his tenure, Arévalo was also charged with the responsibility of improving Eastern’s academic presence in Spokane. This was accomplished with the move of the downtown center programs and students to what is now known as the EWU Spokane campus in the University District. Today, the thriving downtown campus is home to two of Eastern’s academic colleges and more than 3,000 Eastern students. Arévalo’s presidential term was also highlighted by many significant projects. He rolled out the major “Start Something Big” branding campaign, which he unveiled during his investiture speech. He also presided over the restoration of historic Hargreaves Hall, the  groundbreaking and construction of the university’s student recreation center, the renovation of the main academic building, Patterson Hall, and the installation of Roos Field’s impressionable red turf. During their first season on the red turf, the Eastern Eagles won the FCS National Championship.

The year’s during Arévalo’s presidency also presented challenges such as the 2008 recession. With dwindling state support and a sagging economy, Arévalo adjusted by skillfully steering the university into financial stability while overseeing record enrollment rates, significant capital improvements and helping negotiate better pay for faculty to meet national market rates.

Arévalo came to Eastern after seven years as provost and vice president for Academic Affairs at the University of Texas-Pan American (UT-PA). He also spent 18 years in the California State University system, as a faculty member, department chair, associate dean, graduate dean, and associate vice president. Before his time in California, he served as provost and chief academic officer at Fort Hays State University. A native of Edinburg, Texas, Arévalo is the son of migrant workers who worked in Walla Walla and the Yakima Valley. Like more than half of Eastern’s students, he is a first-generation college graduate. He is currently living outside Kansas City with his wife Nadine, doing higher education consulting and leadership development. 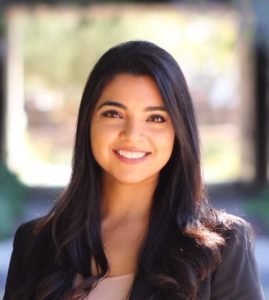 Elena Calderon is a first-generation Latina college graduate. She earned her Master of Science in Communication Studies degree and Bachelor of Science in Community Health degree from Eastern Washington University. While in the Communication Studies program, Elena’s research focused on the experiences of undocumented students at EWU and their experiences with Washington State policies and national legislation such as Deferred Action for Childhood Arrivals (DACA). Being a DACA recipient herself, Elena has come to understand the experiences and implications that come with being undocumented while pursuing higher education.

Currently, Elena is an Academic Success Specialist at Arizona State University within the Ira A. Fulton Schools of Engineering. Elena is part of the Freshman Academic Success Team and focuses on the experiences of first-year college students. One of her goals is to pursue a doctorate degree in higher education and conduct research on the experiences of first-generation college students and find solutions to increase retention among this community. Elena’s leadership experiences include co-teaching a student success course for ASU students, working as a graduate instructor for the Communication Studies department at EWU, working as the Academic Initiatives Coordinator with the Department of Housing and Residential Life at EWU, leading the first “Day Of The Dreams” event at EWU, serving as a Lideres Summit Staff member in 2014 with the National Council of La Raza, serving as an ambassador with the Latino/an Educational Achievement Project, sitting on the College Success Foundation Alumni Board, serving as a leader for New Student Orientation at EWU, and earning the title of Ms. Eastern Homecoming Queen in 2011. Elena was able to find a community of leaders, advocates, and mentors within Eastern Washington University who helped shape her into the strong, resilient Latina she is today. 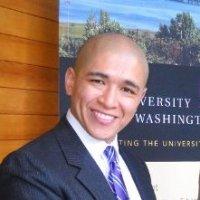 C.T. Mexica has a doctorate in comparative literature from the University of Washington (2015). He is currently a postdoctoral researcher at Arizona State University's School of Social Transformation. While at UW he received a distinguished Bonderman Travel Fellowship (2008) that allowed him "to wander and wonder" overseas for a year and in 2015 the UW Graduate School selected him as the sole Scholar-Citizen (Graduate School Medal) for integrating his academic expertise and social awareness in a way that demonstrates active civic engagement and a capacity to promote political, cultural and social change. C.T.’s research is centered on the literature of crime, confessions, and confinement and on theories of tragedy, transformation, and transition. C.T. was recently chosen as an inaugural (2018-2019) Art For Justice Fellow to write a literary memoir about the human toll of mass incarceration through the nexus of literature, art, and justice.

Get your ticket today