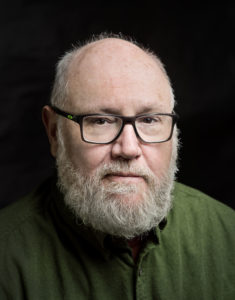 Shawn Vestal is the author of two works of fiction, and he has been a newspaper reporter, editor and columnist for 30 years. He currently writes a column for The Spokesman-Review. His collection of short stories, Godforsaken Idaho, was published in 2013 and won the PEN/Robert W. Bingham Prize for debut fiction. His novel, Daredevils, was published in 2016 and won the Washington State Book Award for fiction. He also published A.K.A. Charles Abbott, a short memoir, as a Kindle Single in 2013. His stories have appeared in Tin House, McSweeney’s, Ecotone, One Story, The Southern Review, Zzyzzyva, The Sewanee Review, Iowa Review and other journals. A graduate of the MFA program at Eastern Washington University, he now teaches in the program.

Read Shawn's column in The Spokesman-Review.