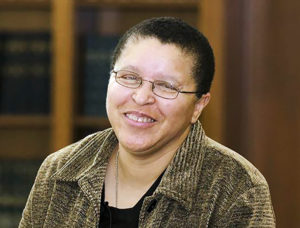 Sandra Williams is a community organizer, filmmaker, and entrepreneur with a decades long background focusing on discrimination, equity, and social justice. She is currently the Publisher and Editor of THE BLACK LENS, the only African American focused newspaper in Eastern Washington, the Executive Director of Spokane’s Carl Maxey Center, and is also a consultant offering workshops, training and Board Development to businesses and non-profit organizations. Sandra received her bachelor’s degree in Psychology from Washington State University and her Master's Degree in Film/Television Production from the University of Southern California School of Cinema. Sandra accepted an appointment by Governor Jay Inslee in 2013 to the Washington State Commission on African American Affairs as the Eastern Washington representative and served until 2018. She is a founding member of Spokane Community Against Racism (SCAR), and a member of the Spokane branch of the NAACP, primarily focusing her attention on economic development and racial disparities.

Read a recent profile on Sandy, one of The Spokesman-Review's 2019 Women of the Year.