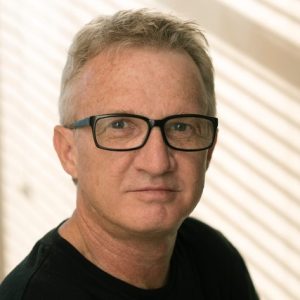 Karl Schaefer is an award winning writer-producer-showrunner with over 250 television writing credits for episodes of shows he created or executive produced, including 5 seasons of Spokane's own Z-Nation. Other shows he created include; TV101 for CBS (for which he won a WGA award for best dramatic episode), Eerie Indiana for NBC, Strange Luck for FOX, Small Shots for VIACOM, and Black Summer for NETFLIX. He has also written and produced episodes of Monk, Eureka, and The Dead Zone. Karl is currently writing new pilots for MGM and PARAMOUNT in the hopes of shooting another series here in the Pacific Northwest. Karl lives in Spokane with his wife Racelle Rosett, also a writer, and their sons Daniel and David.