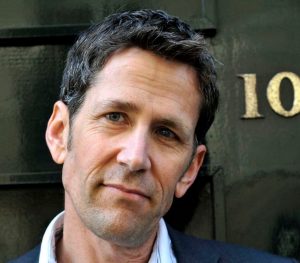 Jess Walter is the author of eight books, including the 2013 #1 New York Times bestseller, Beautiful Ruins; The Zero, finalist for the 2006 National Book Award, and Citizen Vince, winner of the 2005 Edgar Allan Poe Award. His work has been published in 32 languages and his short fiction has won a Pushcart Prize and appeared three times in Best American Short Stories.