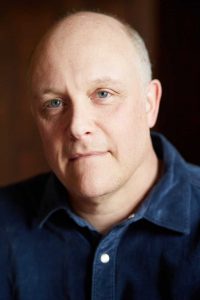 Gregory Spatz is the author of the novels Inukshuk, Fiddler's Dream and No One But Us, and of the short story collections Half as Happy and Wonderful Tricks. Individually, his stories have appeared in The New Yorker, New England Review, Kenyon Review, Glimmer Train Stories and in many others journals. His latest book publication is the forthcoming linked collection of stories and novellas, What Could Be Saved.  Recipient of a 2012 NEA Literature Fellowship, he is also widely known as the fiddle player for John Reischman and The Jaybirds.

Watch Greg and his wife Caridwen perform "A Splendid Isolation" by Brendan McGlinchy on guitar and fiddle.

Learn more about Greg at his personal website and at his faculty page.

Read an interview with Greg about his latest book, What Could Be Saved.

Watch Greg perform with his band, The Jaybirds!

*Greg and Caridwen have been playing and sharing a song every night on Facebook! It all started with the link above. Here's some more info on Caridwen and how this journey towards playing music each night began:

Caridwen Irvine-Spatz has played fiddle since the age of 13, when her mother told her not to. The reverse psychology worked like a charm and she’s been fiddling and singing ever since. Currently based in Spokane WA, Caridwen has lived and played music in almost every province and territory of Canada. In her early years she studied violin and opera at the Freiburg Hochschule fur Musikk and at the University of Victoria in Victoria BC. She’s fluent in many fiddle styles, especially Celtic and Klezmer, and she sings in French, Gaelic, English, German, Italian, Russian and Yiddish. Her playing and singing is featured on both critically acclaimed recordings by the world-folk acoustic music quartet, Mighty Squirrel, and she recently released a recording with her husband Greg, All Along the Sea. About her work on that CD Bluegrass Unlimited gushes, “Caridwen is a wonderful singer and fiddler with great tone and expression on both voice and strings,” and Penguin Eggs adds, “Caridwen has the perfect gentle, clear voice for Celtic fare…and I could listen to a whole night of her singing from the Great American Songbook.” She is also a violin builder and spends most of her days scraping, filing, gluing and clamping together bits of wood into violins, including the one she currently uses fulltime for performance and recording.

Caridwen and I have played it together for some time now. With the release of our CD All Along The Sea, when we were chasing down a license for having recorded it -- because we much preferred to pay Mr. McGlinchey a licensing fee rather than giving it to some American licensing corporation -- it turned into kind of a project, trying to figure out if he was alive still, where, and how to contact him. Caridwen is nothing if not persistent and eventually, after multiple overseas calls and emails to various fiddling groups and folk societies, she did manage to find a home phone number for him. He was delighted to hear from her and thrilled that we'd recorded his tune, but only reluctantly willing to take some payment for the licensing fee. We sent it off to him all the same, feeling like the world was a slightly better place, less isolating, for having made the connection and for letting Mr. McGlinchey know that his tune had found its way all the way from Armagh to Spokane, and that it still spoke to us.

McGlinchey has written a lot of great tunes, and "Splendid Isolation" seems to be one of his most popular. And of course, with the CV19 and our current moment of social isolation and social distancing, it feels -- by its title alone -- more appropriate than ever.

March 15, 2020, just a few days after we'd parked the car in the driveway for a final time (felt like a final time anyway), stowed all our food and provisions for the next month and built up a fire in the wood stove, I got the idea that we should do a video recording of it and put it out on the social network airwaves. I was looking for a way to mourn the loss of so many social connections, to reach out to people if we could, to distract or soothe myself, and to present the tune as a kind of worry bead, lifeline or talisman. In the past I always loved that title -- "Splendid Isolation" -- because isolation can be so splendid and rejuvenating, if it isn't permanent or total or forced. Now we had to come up with a new way of thinking about isolation and making it "splendid" again, however we could.

Since that night we've recorded and posted on FaceBook a new song every single night, gradually moving out of the initial kind of dazed, spooked and worried funk we were in that first night (and many nights after), but still leaning on the music as a kind of lifeline back to our social connections and a way of lifting spirits if possible, or mourning losses, or just affirming the emotional power of music in the face of a pandemic. Or as a way to give the ends of our days some creative, generative focus and to be distracted from all the bad news coming from around the world. Weirdly, it still works. For us anyway. But this first posting/recording is still the one that feels the most talismanic to me somehow. And the most evocative of this ongoing mood and the attempt to meditate on isolation and loss in some positive way.