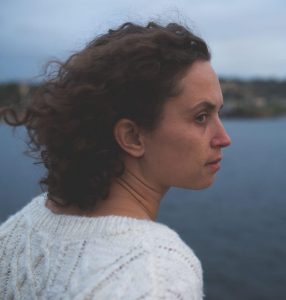 Sierra Golden graduated with an MFA in poetry from North Carolina State University. Her manuscript The Slow Art won the Dorothy Brunsman Poetry Prize and was published by Bear Star Press in 2018. Golden’s poems appear in literary journals such as Prairie Schooner, Permafrost, and Ploughshares. She has been awarded fellowships and residencies by Hedgebrook, Hugo House, and The Elizabeth George Foundation. Although she calls Washington State home, Golden spent many summers in Alaska, working as a commercial fisherman. She now works in communications at Casa Latina, a nonprofit organization in Seattle that advances the power and well-being of Latino immigrants.