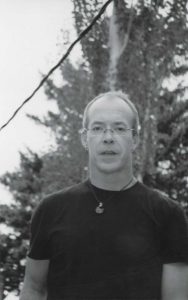 Rob Carney is the author of five books of poems, most recently The Book of Sharks (Black Lawrence Press, July 2018) and 88 Maps (Lost Horse Press, 2015), which was named a finalist for the Washington State Book Award. In 2014 he received the Robinson Jeffers/Tor House Foundation Award for Poetry. His work has appeared in Cave Wall, Columbia Journal, Rock & Sling, Willow Springs, and many others, and he writes a regularly featured series called “Old Roads, New Stories” for Terrain: A Journal of the Built + Natural Environments. He lives in Salt Lake City.