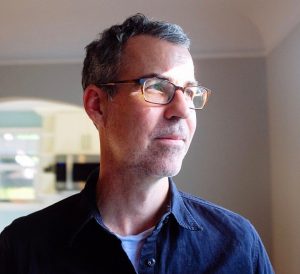 Matthew Sullivan’s debut novel, Midnight at the Bright Ideas Bookstore (Scribner) won the 2018 Colorado Book Award (General Fiction) and was an IndieNext pick, a Barnes & Noble Discover pick, and a Goodreads Choice Award finalist. His essays and stories have appeared in The New York Times (Modern Love), The Daily Beast, Lit Hub, Joyland, The Masters Review, and many other places. He received his M.F.A. from the University of Idaho, and since 2003 he has been teaching writing, literature, and film at Big Bend Community College in Moses Lake.