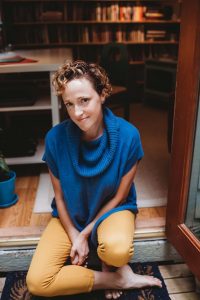 Keetje Kuipers has been a Stegner fellow, a Bread Loaf fellow, and the Margery Davis Boyden Wilderness Writing Resident. A recipient of the Pushcart Prize, her poems, essays, and short stories have appeared in such publications as Tin House, Narrative, Orion, and The Best American Poetry. Her first book, Beautiful in the Mouth, was selected by Thomas Lux as winner of the 2009 A. Poulin, Jr. Poetry Prize and was published by BOA Editions. Her second book, The Keys to the Jail (BOA, 2014), was a book club pick at The Rumpus,and her third book, All Its Charms, is forthcoming from BOA in 2019. Senior Editor at Poetry Northwest and faculty at Hugo House, Keetje lives with her family on an island in the Salish Sea where she is at work on a novel and a memoir.