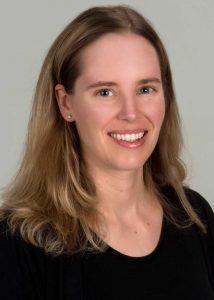 Kathleen Jeffs is Chair of the Theatre and Dance Department at Gonzaga University in Spokane, Washington. She moved back to Spokane, her hometown, in 2012. Previously, Kathleen completed her D.Phil. at the University of Oxford and lectured on Golden Age drama at Oxford and Cambridge, and taught drama at the University of Sussex. She served as Post-Doctoral Research Assistant under Jonathan Thacker on the AHRC project Out of the Wings (www.outofthewings.org), a virtual environment geared for sparking new performances of Spanish drama in English translation. Her recent monograph, Staging the Spanish Golden Age: Translation and Performance (Oxford University Press, 2018) is based on her doctoral work within the Royal Shakespeare Company’s Spanish Golden Age Season (2004-05), for which she served as rehearsal dramaturg and literal translator. Highlights from her theatre work include translating and directing Guillén de Castro’s La fuerza de la costumbre for its premier production in English as The Force of Habit, bringing three Cervantine entremeses to the Edinburgh Fringe Festival, directing Stoppard’s Arcadia in an Oxford college garden, and mounting Brecht’s Mother Courage.