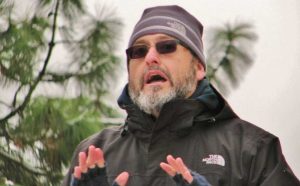 Juan A Mas is local Producer and Director in Film Television and Theater. In the last twenty-five years he has produced in Spokane, Los Angeles and internationally in several Eastern European countries. Locally he was a director for five seasons on SyFy’s Z NATION.  He also is an active art’s community organizer at the city level and  the state level. But he is most proud of being a dad of 3 amazing children.