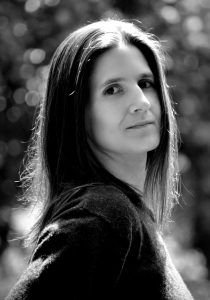 J. Anderson Coats has received two Junior Library Guild awards and earned starred reviews from Kirkus, School Library Journal, the Horn Book Review, and Shelf Awareness. The Wicked and the Just was one of Kirkus Reviews’ Best Teen Books of 2012 and won the 2013 Washington State Book Award for Young Adults. Her newest book is R is for Rebel, middle-grade novel about coercion and resistance in a reform school in a fictional occupied country. Jillian is also the author of The Many Reflections of Miss Jane Deming, a middle-grade novel set in Washington Territory in the 1860s which won the 2018 Washington State Book Award for Middle Grade. The Green Children of Woolpit, a historically-inspired middle-grade fantasy, is forthcoming from Atheneum Books for Young Readers in fall 2019. Lies and Miracles, set in twelfth-century Wales, is forthcoming from Candlewick Press in spring 2020.