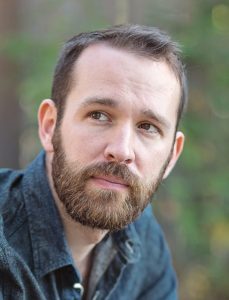 Isaac Marion grew up in small towns around the Pacific Northwest, pursuing careers in writing, painting, and music throughout his youth. One of these finally sparked in 2010 with the publication of his debut novel, WARM BODIES, which become a New York Times Bestseller, inspired a major film, and was translated into 25 languages. He spent the next eight years writing the rest of the story over the course of four books, now concluded with THE LIVING. He lives and writes on Orcas Island and plays music in Seattle with the band, Thing Quartet.