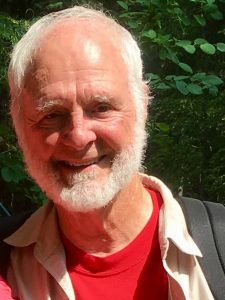 Bryan Harnetiaux has been a Playwright-in-Residence at Spokane Civic Theatre in Spokane, Washington, since 1982. Thirteen of his plays have been published, and his short play The Lemonade Stand is also anthologized in More One Act Plays for Acting Students (Meriwether Publishing Ltd., 2003). These works include commissioned stage adaptations of Ernest Hemingway’s The Snows of Kilimanjaro and The Killers, and Kurt Vonnegut, Jr.’s Long Walk to Forever, all published by The Dramatic Publishing Company. Bryan’s work has been performed throughout  the United States.  His play National Pastime, about the breaking of the color line in major league baseball in 1947, has received many productions, including an Equity waiver production at Fremont Centre Theatre in South Pasadena, California and an Equity production at (former) Stamford Theatre Works in Stamford, Connecticut. National Pastime is published by Playscripts, Inc. of NYC.