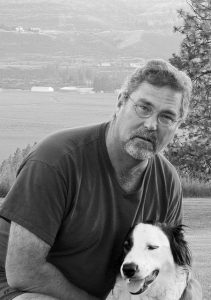 Bruce Holbert is a graduate of the University of Iowa Writers’ Workshop where he held a Teaching Writing Fellow and worked as an assistant editor of The Iowa Review. His work has appeared in The Iowa Review, Hotel America, The Antioch Review, Crab Creek Review, Other Voices, The Contemporary West, The Common, Quarterly West and the New York Times. His first novel, Lonesome Animals was a top ten pick in 2012 for The Seattle Times; it was followed by The Hour of Lead in 2014 (both Counterpoint Press), which won the Washington State Book Award 2015 and was named by Kirkus as a top 100 pick for 2014. Holbert’s next novel, Whiskey, was published by Farrar Straus & Giroux in March 2018. The paperback comes out in the spring of 2019.