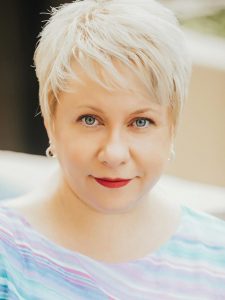 Asa Maria Bradley grew up in Sweden surrounded by archaeology and history steeped in Norse mythology, which inspired her sexy modern-day Viking Warriors paranormal romance series. She also writes urban fantasy that features strong and empowered heroines. Asa arrived in the US as a high school exchange student and quickly became addicted to ranch dressing. Booklist attributes her writing with “nonstop action, satisfying romantic encounters, and intriguing world building” and Romantic Times Book Reviews describes it as “filled with action and passion from the first page until the last.” Her work has received many accolades, including a double nomination for the Romance Writers of America’s RITA contest, a Romantic Times Book Reviews Reviewers’ Choice Award nomination, a Holt Medallion win, and a Booksellers’ Best Award win.

In her day job as a college physics professor, she tries to mold young minds into clever scientists and engineers who are excited about learning—with mixed results. Asa holds an MS in Medical Physics from the University of Colorado and an MFA in Creative Writing from Eastern Washington University. When she’s not writing or teaching, she spends way too much time on the web. You can find links to all her social media and connect with her at www.AsaMariaBradley.com.