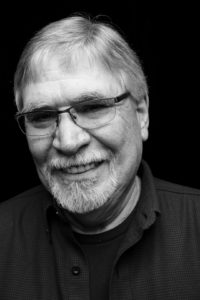 Born in Portland, Oregon, Christopher Howell attended Pacific Lutheran and Oregon State universities, and holds graduate degrees from Portland State University and the University of Massachusetts. He is author of twelve collections of poems, including newly released The Grief of a Happy Life, Love’s Last Number, Gaze, and Dreamless and Possible: Poems New and Selected (University of Washington Press, 2010). He has received the Washington State Governor’s Award, the Washington State Book Award, two National Endowment Fellowships, two fellowships from the Artist Trust, the Vachel Lindsey and Helen Bullis Prizes, and a number of other fellowships and awards. His work has made three appearances in the annual Pushcart Prize collection, and may be found in many journals and anthologies. A military journalist during the Vietnam War, since 1975 he has been director and principle editor for Lynx House Press and is now also director for Willow Springs Books. He lives in Spokane, where he is a member of Eastern Washington University’s Master of Fine Arts faculty.

Listen to a recent interview with Chris Howell on Spokane Public Radio.

Learn more about Chris through his faculty page.

Watch Chris read one of his poems at the University of Houston-Victoria.